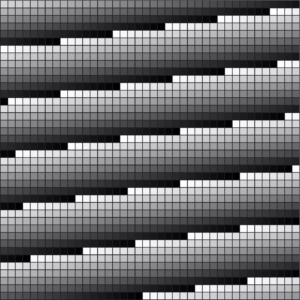 This is the first time I've submitted to the Forum of Mathematics, and I must say that this has been a very good journal experience. One interesting aspect about FoM: Sigma is that they are immediate (gold) open access, and they don't release in issues. Instead, articles become available (for free) from them once the submission process is done. I was reviewing a publication-proof of the paper yesterday, and they appear to be very quick with regards to editing. Perhaps the paper will appear before the end of the year.

An updated version (the version from before the handling of proofs at the journal, so there will be a number of mostly aesthetic differences with the published version) of the paper will appear on the arXiv on Monday 10 December.1 1due to the way the arXiv handles paper updates over weekends.

There is one major addition to the paper that didn't appear in the original preprint. At one of the referee's suggestions, Chan and I wrote an appendix. The major content of this appendix concerns a technical detail about Rankin-Selberg convolutions.

However Gupta does not show that there are certain conditions under which one can recognize $L(s, f \otimes g)$ as an inner product against an Eisenstein series.4 4or something analogous to that, as the story is slightly more complicated on congruence subgroups. For this paper, we need to deal very explicitly and concretely with $L(s, \theta^2 \otimes \overline{\theta^2})$, which is formed from the modular form $\theta^2$, non-cuspidal on a congruence subgroup.

The Appendix to the paper can be thought of as an extension of Gupta's paper: it uses Gupta's ideas and techniques to prove a result analogous to \eqref{RS}. We then use this to get the explicit understanding necessary to tackle the Gauss Sphere problem.

There is more to this story. I'll return to it in a later note.

More broadly, the Referee acted as a sort of mentor with respect to my technical writing. I have a lot of opinions on technical writing,5 5and on writing in general... and actually on LaTeX source as well. I'm an opinionated person, I guess. but this process changed and helped sharpen my ideas concerning good technical math writing.

I sometimes hear lots of negative aspects about peer review, but this particular pair of Referees turned the publication process into an opportunity to learn about good mathematical exposition — I didn't expect this.

I was also surprised by the infrastructure that existed at the University of Warwick for handling a gold open access submission. As part of their open access funding, Forum of Math: Sigma has an author-pays model. Or rather, the author's institution pays. It took essentially no time at all for Warwick to arrange the payment (about 500 pounds).

This is a not-inconsequential amount of money, but it is much less than the 1500 dollars that PLoS One uses. The comparison with PLoS One is perhaps apt. PLoS is older, and perhaps paved the way for modern gold open access journals like FoM. PLoS was started by group of established biologists and chemists, including a Nobel prize winner; FoM was started by a group of established mathematicians, including multiple Fields medalists.6 6One might learn from this that it's necessary to have a little "oh" in your acronym in order to be a successful high-ranking gold open access journal.