Almost 100 years ago as I write this, on 21 October 1914, Martin Gardner was born. He wrote a popular 'Mathematical Games' column for Scientific American from 1957 to 1981, introducing a wide audience to fun and recreational mathematics. His influence and writing were so profound that many of his subjects are still popular today. Notable examples include:

After its first public appearance in Gardner's Scientific American column in October 1970, Conway's Game of Life grew to enormous popularity and interest.

The first major public key cryptosystem, the RSA system, first appeared in Gardner's August 1977 column. (Their formal paper appeared in 1978 in Communications of the Association for Computing Machinery). Now, public key cryptography is used everywhere, all the time, mostly without the conscious thought of the user.

Martin Gardner was in constant contact with many mathematicians, and always looked for interesting recreational mathematics to share with his readers. He inspired an entire generation of mathematicians and math enthusiasts. He also inspired others to pursue popular mathematics writing (and blogging, and even youtubing, such as the excellent series produced by Vi Hart).

The current issue(October/November 2014) of the MAA Focus, a mathematical newsmagazine from the American Mathematical Association, features Martin Gardner. In addition to describing some of Gardner's contributions and legacy, the article includes a quote from Gardner: "I've always thought that the best way to get students interested in mathematics is to give them something that has a recreational flavor --- a puzzle or a magic trick or a paradox, or something like that. I think that hooks their interest faster than anything else.'' Later, he is also quoted to say "It's good to to know much about mathematics. I have to work hard to understand anything that I am writing about, so that makes it easier for me to explain it, perhaps, in a way that the general public can understand.''

(As an aside, the Doctor has noted the lack of recreational mathematics in school too)

It is in this noble succession that I consider Jordan Ellenberg's recent book How Not to Be Wrong: The Power of Mathematical Thinking, for Ellenberg has made a significant effort to make an approachable, inspiring work (even though it's not recreational math). After reading the book, it seems clear to me that Ellenberg's beliefs about how to interest people in mathematics mirror Gardner's. This book is full of paradoxes and magic tricks. Or rather this book is full of captivating stories each centered around a problem or misconception, and whose resolution comes through careful and explicit reasoning.

Ellenberg presents mathematics as "an extension of common sense by other means," but I get the feeling that he means to blur what it means to be "common sense'' and what it means to be "other means'' as the book advances. Much as a textbook or college course eases students into the subject, starting simple and getting progressively deeper, Ellenberg starts with problems that are undeniably simple logic and ends with ideas that are truly profound.

The reader is engaged within the first five pages. After a quick justification about learning mathematics --- mathematics is reason, and allows for deeper understanding of the world around us --- Ellenberg demonstrates that this is not an abstract book about abstract mathematics, but is instead full of actual examples. And he begins with a tale about Abraham Wald, a mathematician and statistician considering where to reinforce the armor of planes during the Second World War. The writing is conversational, as though this were an oral history transcribed and kept safe in written word. To support the claim that mathematics is an extension of common sense, the book alternates between explaining and setting up problems and careful, but common sensical, analysis. And most of the time, he proceeds without overwhelming the reader with arithmetic details or a flood of equations. 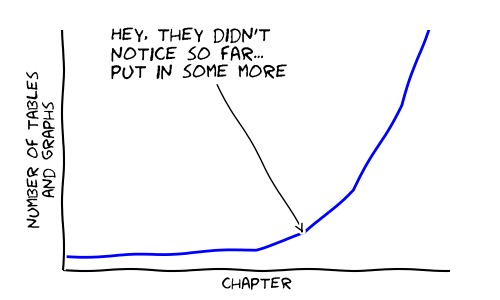 It might seem like a delicate arrangement to go through so much mathematical reasoning with so little arithmetic, but Ellenberg succeeds. Part of this is certainly that this is a book full of what he calls "simple and profound'' mathematics. The simple is what allows the conversational tone. The profound is what makes it interesting. But the larger part is that Ellenberg's thesis, math is common sense and allows for deeper understanding of the world around us, is fundamentally true. And quite beautiful.

Ellenberg does truly get to some profound mathematics. Some of the chapter is common material for popular mathematics: survivorship bias, statistics lie, and the high likelihood of coincidence, for instance. But in many ways, he goes deeper, and more profound, than I would expect. He examines with great detail the divide in statistics between Fisher's "significance testing'' and Pearson's "hypothesis testing,'' and evidences deep dissatisfaction with the accepted standard in experiments and hypothesis testing of "Reductio ad unlikely.'' He not only mentions and cautions misunderstandings about conditional probabilities, but also undertakes Bayesian inference as a decision-making model, perhaps even a good model for how we make our own decisions.

He makes a strong point that sometimes, mathematics does not have all the answers. Or more pertinently, sometimes the answer from mathematics is inaction. For this is action, this not being sure! Although Ellenberg never says it, he hints at the fact that saying anything meaningful about anything at all can be really hard, and sometimes even impossible.

Of course, the book is not without its flaws. Most chapters have their central players, central ideas, and a sort of take home message. But I found the last two chapters to suffer from a bit of indigestion. This might be because they concern the very idea of "existence.'' Does public opinion exist as a measurable, or even well-defined quantity? Lurking beneath these two chapters is the problem of designing good, accurate voting systems. Though Ellenberg emphasizes Arrow's paradox on the impossibility of having a rank order voting system that accurately reflects community opinion, this message is muddied.

And though Ellenberg confronts some of the common misunderstandings of mathematics, like thinking that all mathematics is simple arithmetic and boring, there is one more misunderstanding that I wish he tackled more explicitly, which is that there is room for more mathematics all the time. It is easy to read this book, look at how common sense and mathematics can feel so alike, and sleep comfortably under the sheets at night knowing that these mathematicians have solved all these hard problems for us. But really, more mathematics is needed in both academic and ordinary walks of life.

I think it should also be mentioned that Ellenberg's rejection of the cult of genius, including the idea that it takes a genius to succeed in mathematics and the far worse idea that we depend on geniuses to progress the sciences, is both good and from an interesting position. Ellenberg was one of the child "geniuses'' in the Study of Mathematically Precocious Youth, which found and followed high-performing children and followed them throughout their lives. In an article in the Wall Street Journal, Ellenberg wrote of the dangers of the cult of genius. He also wrote that we need more math majors who don't become mathematicians. Math and the sciences are not only progressed by the top 0.01 percent, but instead are more often advanced by the hard work and determination of someone who pursued their interests and ignored the cult. For more, read his article. It's not very long, and it rounds out the end of "How Not to Be Wrong'' very nicely.

Ultimately, "How Not to Be Wrong'' is a great read that I highly recommend, both to a mathematical and non-mathematical crowd. It's an engaging and educational read that's not afraid to do some real math. After finishing the book, part of me wondered if more mathematics should be taught against the history of the mathematicians themselves. Why is it that I learned the development and logic of chemistry along the lives of the chemists of the past while in middle and high school, but I heard almost no mathematician's name until I began to major in college? This book is literally a tour-de-mathematical-force throughout recent history, and in the spirit of Martin Gardner. I look forward to reading more of his work.