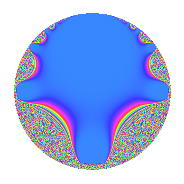 I have made three plots with contours. They are all morally the same, except for the underlying colorscheme. The "default" sage colorscheme leads to the following plot. 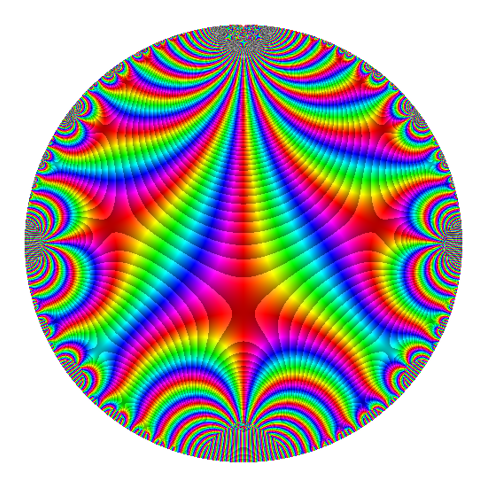 The good thing is that it's visually striking. But I recently learned that this colorscheme is hated, and it's widely thought to be a poor choice in almost every situation.

A little bit ago, matplotlib added two colorschemes designed to fix the problems with the default colorscheme. (sage's preferences are behind — the new matplotlib default has changed). This is one of them, called twilight. 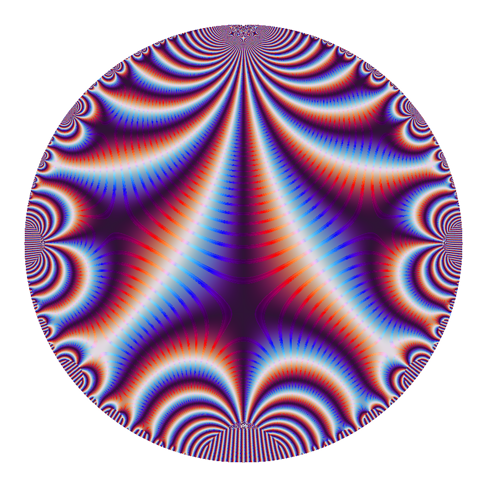 And this is the other default, called viridis. I don't actually think this should be used, since the hues change from bright yellow to dark blue at complex-argument pi to negative pi. This gives the strong lines, which correspond to those places where the argument of the modular form is pi. 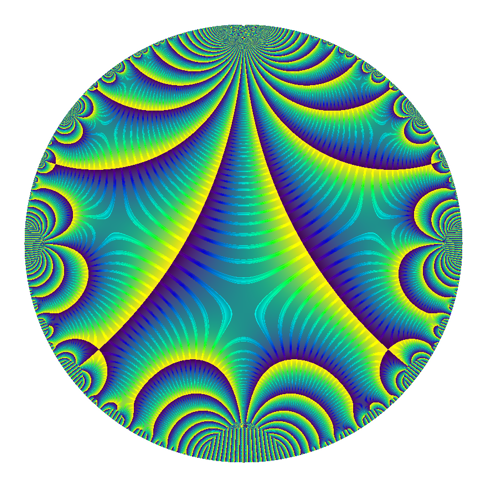 I've also prepared these plots without the contours, and I think they're quite nice as well. 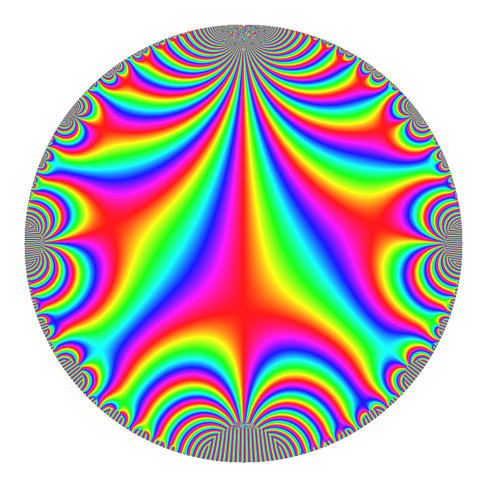 Then twilight. At the talk I recently gave, this was the favorite — but I hadn't yet implemented the contour-plots above for non-default colorschemes. 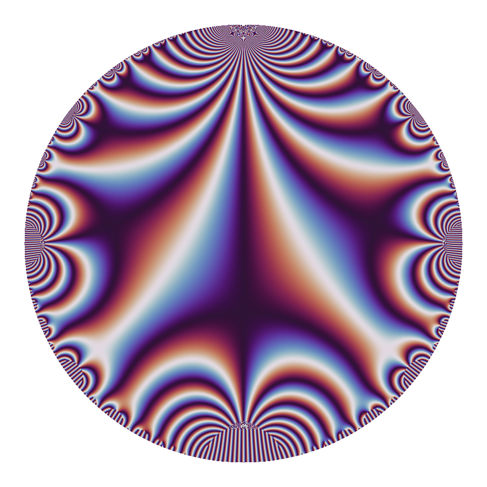 Then viridis. (I'm still not serious about this one — but I think it's pretty). 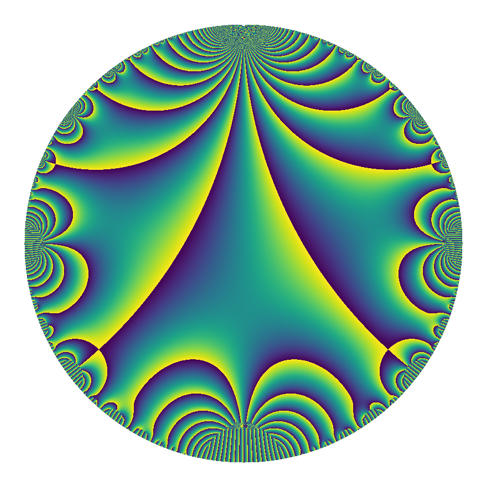 There are other possibilities, such as perhaps plotting on a portion of the upper half-plane instead of a disk-model. I describe a few of these possibilities and give examples in the notes from my last talk. I should note that I can now produce contour-type plots there as well, though I haven't done that.

This concludes my proposal. I am collecting opinions. If you are struck by an idea or an opinion and would like to share it with me, please let me know.